In this blog, I want to set out how the BSG went about drafting the changes and ensuring that we maintained the support of the whole of the Open Internet Forum.

The Open Internet Code Commitments are not all new. In fact, they derive mostly from the 2011 Traffic Management Transparency Code, the 2012 Open Internet Code and the 2015 EU Connected Continent Regulation. Striking the balance between a self-regulatory principle-based approach and a new Regulation, which by nature is prescriptive, was no easy task.

The process started in 2015, when we commissioned WIK, the German-based consultancy, to assess the effectiveness and legal compliance of the existing Codes of practice with the new Regulation. It concluded that the Codes have been effective in preserving the Open Internet, although they were in need of an update; not only to comply with certain aspects of the Regulation but also to reflect developments in new technologies.

The Open Internet Forum (OIF), which serves as an informal platform of discussion for interested stakeholders (ISPs, content providers, advocacy groups, Government (DCMS) and Ofcom), gave its support for us to start drafting a new Code of Practice. In doing so, we set out a number of high level principles to follow; not to row back on the commitments of the pre-existing Codes of Practice, retain their principles based approach wherever possible and ensure compliance with the Regulation. The overall objective was to provide greater clarity to industry on what the Regulation means in practical terms in the UK.

As a starting point, I drafted a consolidated document that brought together the 2011 and 2012 documents as well as sketching out the framework for guidance on how the Regulation should be interpreted. This was refined following input from ISPs (as future signatories of the Code), and shortly afterwards, other interested parties, including content providers (BBC, ITV, Channel 4, Channel 5), Government and Ofcom.

The OIF was regularly updated on progress made and invited to submit their contributions throughout the process. Multiple versions of the wording were circulated, dissected, discussed in working groups, amendments exchanged between stakeholders over a period of five months.

Through close engagement with all stakeholders over this period of time, I (and the Open Internet Forum) gained a deeper understanding of the technical and legal challenges of delivering content to consumers and of the practical impact that traffic management can have on content providers. As with any drafting process, there were some sections that were more difficult than others. But the understanding that has been built up over the past five years, thanks in part to the OIF, helped quickly overcome these.

The new Open Internet Code (which eventually merged the two previous Codes into one) was adopted on 8 June 2016 and signed off by all major ISPs, representing over 90% of UK subscribers on both fixed and mobile contracts.

The elements which made the success of the previous Codes were retained because of their added value above and beyond the provisions of the EU Regulation: for example, the Key Facts Indicators which provide transparency on traffic management practices will continue to feature on ISPs’ websites.

The new Code is now built around 4 concise ISPs’ commitments which are complemented by practical examples and guidelines of interpretation. The Internet Service Providers reiterate the right for users to have full internet access by default and the conditions under which ISPs can manage traffic have been further contextualised and detailed. The new Code also provides a clearer distinction between non-Internet Access Services (non-IASs), which include not only managed services but also alternative products (e.g smart fridge, connected thermostat). The conditions under which these can be provided to consumers now mirror the more explicit requirements of the EU legislation.

We know that the EU Regulation sets new responsibilities for national regulators, particularly with regard to monitoring of compliance. BEREC, the Body of European Regulators of Electronic Communications, of which Ofcom is part of, recently published draft guidelines of interpretation of the Regulation. The aim is to ensure consistent implementation of the new rules across all EU Member States.

We will provide input to BEREC prior to publication of the Guidelines, and I am confident that the Code could serve as an example of good practice and could perhaps be replicated in parts in other EU Member States.

The BSG and the Open Internet Forum as a whole will remain closely engaged with Ofcom in the process of implementation of its new duties. 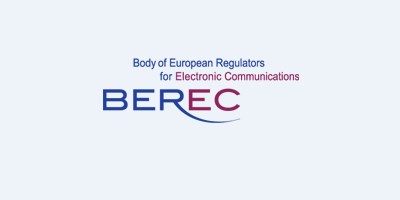